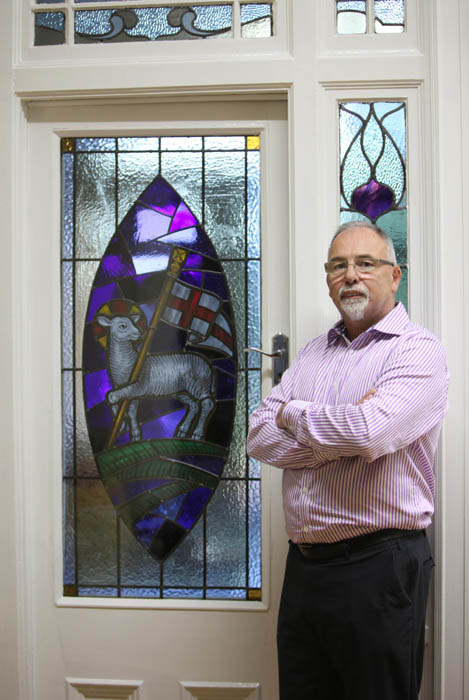 The Lamb of God Community, challenges our ideas about what ‘church’ is. Is it a building? A denomination? A label?  For the people involved in the Lamb of God Community, the Key word is ‘community’. Here is a group of believers who, although drawn from different denomination and creedal back-grounds, are liked minded and united in their faith and be a practical help within the area in which they live and serve.  At heart it isn’t a ‘new’ church or denomination; instead, it hopes to not only enrich the area in which they are based but also encourage and equip people to serve elsewhere.

The community’s roots lie in the 1970s and the burgeoning movement which eventually because known as Charismatic renewal.  The Catholic Church, in the spirit of the Second Vatican Council, was exploring how to develop relationships with other believers, an olive branch that was in places reciprocated with enthusiasm. In Troubles-ear Northern Ireland, this new spirit of inter-denomination and ecumenical endeavour required courage. Liam Cluskey present leader of the Lamb of God Community, recalls, “people from across the main Christian Churches were coming together in a new way”.  This was happening worldwide and was acknowledged as the renewing and reconciling work of the Holy Spirit breathing new life into the church, through the re-awakening in our time of the charisms or gifts of the Spirit of God.

In Ireland, particularly at that time of unrest and anguish for many people, it was seen as a force for reconciliation, hope and healing.  Among the groups popping up all over Ireland was one in North Belfast which began to meet in Mater Del on Limestone Road. Numbers grew, and via Fortwilliam College’s library, the group eventually found a home at Shirley Hall, attached to St James Church of Ireland at the corner of the Cliftonville and Antrim roads.

Charismatic renewal was finding favour in Rome at the time and Pope Paul VI said the movement was a “chance for the Church and the world”. He urged a renewal in the heart of the Church.  From this fertile soil, in 1977 around 20 members of the north Belfast group felt challenged to grow their commitment and formed the Lamb of God Community, under the leadership of Larry Kelly, a father of four who answered God’s call by leaving his job as a Customs and Excise officer to guide the new community.

The community has been  instrumental in supporting other prayer groups and has ran missions and days of renewal with leaders such as the Rev Ruth Patterson, of Restoration Ministries, Fr Jim Burke, the Rev Cecil Kerr and his wife Myrtle  from the Christian Renewal Centre in Rostrevor and Fr Pat Collins.

The community worked with Christian Fellowship Church in East Belfast for many years and continue to work with Transformations Ireland.  Many peace and reconciliation projects have been develop and carried out by the Lamb of God community, often in conjunction with other groups across the religious spectrum.  Classes on different aspects of spirituality are held in Shalom House with Jesuits, Passionists and church ministers, and we also run courses on self-development and family support.

As the Lamb of God Community nears its 40 birthday prayer remains the same today as it did when the seed from which it grew was scattered.  The community continues their work today to follow its vision to help in the building the kingdom!